I’ve got a soft spot for Assassin’s Creed III. A real soft spot. While the collective internet may have hated its slow start and eventual protagonist, I loved it. Every single minute of it. Even when I was being forced to do yet another tailing mission, I couldn’t help but fall in love with this game. It really is the pinnacle of Assassin’s Creed, and the last pure Assassin’s Creed game in the series before Ubisoft starting pushing the franchise in a new, RPG-focused direction.
Assassin’s Creed III was originally released way back in 2012 and was one of the last Assassin’s Creed games to release on the PS3/Xbox 360, followed only by Assassin’s Creed IV: Black Flag, and the oft-forgotten Assassin’s Creed Rogue. Now, in 2019, we’re invited back to the colonial time period once more in the form of a remaster. But is it any good? Does the gameplay still hold up by today’s standards? Does it look like it belongs on the current-gen machines? There’s a lot to talk about, so sit your bum down, grab your favourite hot beverage and let me tell you all about it.

First things first, the remastering. I’ll get onto the gameplay and what not in a moment, but I’m guessing that lots of people will want to know how the game runs and looks on PS4 and Xbox One. I’ve been lucky enough to play the game across both consoles, though admittedly the mid-gen refreshes – the PS4 Pro and Xbox One X. And yes, I’ll probably end up getting the damn thing for the Nintendo Switch, too. Don’t judge me.
In fairness, the game does look pretty good. I’ve always thought it did, even back when I played it on the PS3. However, going back to the PS3 version shows just how far we’ve come. I hooked up my dusty PS3 to the spare TV in my bedroom (a 1080p set) and was a little disappointed. The way I remembered it was not how it was being shown on the telly. The resolution was really low, the frame rate was piss poor, and the general look of the game seemed a little dated.
Switching over to the remastered version on my 4K set was like night and day, though not everything is quite right in the re-release.

While the new lighting engine makes the game’s world feel a little more believable and easier to read, it kind of screws up one of the best things the game had going for it – character faces. Even on the PS3 version, character faces looked really well done, considering it was running on a machine released in 2006. The PS4/Xbox One versions, however, look downright odd. The new lighting techniques have turned the cast of characters into mannequins! Lots of detail has been lost in this transition and I can’t say I’m best pleased about it.
During the normal run of gameplay it’s fine – you’re not exactly looking people in the eye before you stab them (unless that’s your thing?) but during cutscenes it is very noticeable. I enjoyed the cutscenes in Assassin’s Creed III back in the day but I’m struggling to keep away from the ‘skip’ button this time around.
It’s also worth noting that the game doesn’t run perfectly well, either. You’d think that with the big increase of power, RAM, and all the other technical jazz that’s been crammed into the newer consoles, a game released seven years ago would have no problems in maintaining a solid frame rate. Unfortunately that’s not the case. It’s not terrible by any means, but it can be distracting. It all seems fine during the first couple of hours, but once you’re free to explore the great American frontier things start to take a tumble in the frame rate department. It’s a shame that this happens as a large part of the game takes place in the frontier, and there’s lots to see, find, and do out there. It’s not a game breaker by any means and it’s still better than the original version that released all those years ago; it’s just annoying to see a problem crop up that really shouldn’t be there.

But what about the rest of the game? It’s a mixed bag, really. If you loved it the first time around, you’ll love it all over again. Probably. The opening act loses its shock when you’ve already been there and done that, but it’s still one of the better twists in gaming and it’s a great opening that has yet to be matched by any other Assassin’s Creed game to date.
Gameplay remains largely unchanged, though Ubisoft has made a few small tweaks to improve the gameplay. They’re not huge changes, mind you, and you’d be forgiven for not really noticing them. You can now aim your ranged weapons freely, which is a nice addition, I guess. It’s not a game changer and I doubt I’d have noticed had I not read about the change prior to playing. The best improvements, for me at least, come in the U.I (user interface) changes. Viewpoints are now clearly marked when they have been scaled and synced by having the eagle icon spread its wings. When they’ve yet to be synced, the wings are closed. It’s a small touch but it’s useful nonetheless.
If you’re coming into Assassin’s Creed III off the back of the recent Assassin’s Creed Odyssey, it’s a little jarring, I’ll admit. The game’s flow isn’t anywhere near as smooth as its most recent entries, and animations feel stiff. It’s especially evident when you’re guiding Connor through the city streets and up onto the rooftops. Back in the day it was some of the smoothest stuff around, but these days it feels a bit off. Despite that, I still enjoyed running around the various locales, taking in the sights and cutting fools whenever the game demanded it. And sometimes when the bloodlust struck…
Recent games have taken the joy out of parkour and instead shifted the focus to combat. Not a bad move, in all honesty, but something has been lost in during the transition and that middle ground hasn’t been really seen since Assassin’s Creed Unity.

Parkour is challenging in Assassin’s Creed III Remastered and mistakes can be costly. They can also be very frustrating. This game is from the era of dodgy controls, mind you, and falling to one’s death because of a botched attempt at transferring from one ledge to another is to be expected. While the parkour is a challenge, the combat isn’t. It’s very, very simple. You’ll block, parry, and counter your way to gruesome kills. It’s more style over substance but, despite that, I still kind of like it. I like that a sword going through somebody means death, unlike recent games where levels and damage numbers dictate whether a sword in the head is worthy of death’s embrace or not.
Assassin’s Creed III perhaps has my favourite story, too. I know that many found the game’s protagonist, Connor Kenway, to be a bore. I didn’t and I still don’t. If anything, I find him even more interesting now than I did back when I first took him on his journey to becoming an assassin. Age is a curious thing, after all, and it helps having a few years under you when you’re evaluating a complex character.
Connor (natively called Ratonhnhaké:ton) is a simple lad. He grew up with his tribe and learned the ways of nature. He hunts his food, which means he kills, but he has the utmost respect for what he does. He’s a genuinely good person. Once he is thrust into the world of Templars, Assassin’s, and The Ones Who Came Before, he still maintains his honesty, sometimes to a fault. He’s not a perfect guy by any means, but he has his beliefs and he sticks by them. I respect that. He’s a little naïve to the ways of the world, which is shown early on when his assassin mentor, Achilles, takes him into the city. Achilles, a black man, is still looked on as a second class citizen due to his race, but to Connor he’s no different to anyone else on the street. He doesn’t know of racisim, just basic human decency. He’s a nice guy and he fights for the right reasons, so for me it was easy to get invested in his story.
And boy, what a story he carries.
The game takes place over the course of the American Revolution and so we’re treated to digital versions of historic figures. From George Washington to Sam Adams, the whole gang is here. Heck, even Charles Lee (Connor’s eventual nemesis) is based on a real person, though there have been some exaggerations, obviously.

You’ll cross paths with some of history’s most influential characters as well as some who lurk in the shadows and are left out of the history books, though they’re mostly fictional assassins… My point is, it’s all very believable, to a point, and I think that for me that’s the big appeal – realism. Hell, the game even points towards the real-life ending of the Mayan calendar as one of its plot devices, which in turn brings an end to Desmond’s story.
While I’m a big fan of Assassin’s Creed III and everything it does, for better and for worse, I’m still a little miffed with how Ubisoft has treated the modern-day connection since the release of Assassin’s Creed III. Desmond’s story ends with Assassin’s Creed III and the modern-day story never really picks up in the following games. I know that a lot of people hated the shift from stabbing old-timey folk as Connor to moping around as a hooded Desmond, but I liked it. It gave the game an overall purpose, a reason for our actions. That has, sadly, been looked over in recent years, but it was really nice to go back and enjoy the story again after coming off 60 hours spent in Assassin’s Creed Odyssey.
It’s not a perfect game by any means and some aspects just seem incredibly dated, but it’s an enjoyable romp with a decent story that deserves more than the hate it got. If you’ve never played it, grab it and remind yourself that it’s not going to be like the recent games. If you have played it before and liked it, you’ll no doubt enjoy it again, even more so with the graphical improvements and little tweaks to the gameplay. If you played it and hated it the first time, why are you even here? Get out. You bloody Templar.

Assassin's Creed III Remastered is a decent effort at giving an old game another shot at life. It's just a shame that the transition to the new consoles hasn't completely eradicated the lingering problems from the original release, even adding a few of its own. Still, if you're looking for a shorter, condensed game that you can be done with in a couple dozen hours instead of a couple dozen days, there's a lot to like. Heck, you're even getting all of the single-player DLC thrown in for good measure, and all of it is worth playing through.

8/10
Review Disclaimer: This review was carried out using a copy of the game bought at the expense of the reviewer. For more information, please read our Review Policy.
Reviewed using PS4 Pro and Xbox One X

How To Change Skin Color in Roblox 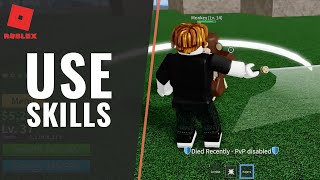