As is tradition, I’m going to be honest with our huggable readers. When Dragon Ball FighterZ was first announced I wrote it off almost immediately. I know, I know, I’m a Dragon Ball fan and I cast aside a new game without giving it a chance. At the time I felt that creating a 2D fighter with the famous anime’s name was cliche and self-serving. However, once I removed the stick from my butt I realized it was being developed by Arc System Works. I haven’t personally played any of their latest titles, but I am aware of how beloved they are by the gaming community. So I slapped myself for my ignorance and gave Dragon Ball FighterZ a chance. After positive pre-release coverage by TeamFourStar and my own time in the beta (which I was barely average), I went ahead with the purchase. Here’s the mandated review by slave master Chris Harding.
Upon bootup you are brought to a lobby world that essentially acts like a main menu. This hub area has different sectioned off locations that serve as practice, story, ranked/casual matches, local play, arcade, and arena matches where the entire lobby population can play against each other. Now as cool as this can be, it creates a situation where you have to always be online. I’m breaking from tradition here by listing a con so soon, but I can’t tell you how many times I connected to a room automatically, or by my choice, and got disconnected from it before I could choose anything. I know this could easily be chalked up to launch or early game life issues except when it impacts core, offline functions. One time I got disconnected close to ten times in a row and took a break due to minor anger.

Now I know fighting games aren’t judged solely upon their story. I just have to cover it anyway for the sake of this review. In a somewhat cliche manner, evil clones of our heroes appear all over the world while some old villains are brought back into the fray by mysterious circumstances. On top of that there’s a situation where living souls are “linking” to Dragon Ball characters that allow each one to fight normally against hampering waves that diminish energy. Then there’s a strange new cyborg by the name of Android 21, except she has Majin-like powers too. It’s up to the player to discover who this new nemesis is and what she has going on behind the scenes.
You’ll move across a pretty standard board that act as maps through three different arcs. There are so many moves to make on each of these maps and you’ll need to rescue fallen allies, defeat Kid Buu, and overcome the area’s boss to move on. Not a lot of spaces will forgo a good fight and each time you land on one you’ll do battle against a predetermined number of clones or characters in 3on3 action. Sadly, this will get stale and repetitive quick. The A.I. in all three story arcs are awful, dumb, and need the computer equivalent of resuscitation. Luckily there are wonderfully computer animated cutscenes to strive for and look forward too. Although you have to push a button in order to trigger the next part of any given scene. It honestly got really annoying after a while.
The plot itself was passable in an anime filler type of way, but the saving grace is the true to life character interactions within said plot. Heroes and villains bounce off of each other like you’d expect if they actually met in the source material. My personal favorite moments had to do with Perfect Cell absolutely roasting everyone: Majin Buu, Kid Buu, Frieza, Nappa, Gohan, and more. Don’t worry about how I didn’t mention Yamcha. Rest assured he gets a good roasting that’s definitely worth sludging through the endless 3on3 fights for.
Gameplay is king in fighting games and can make or break the experience. Arc System Works has without a doubt made Dragon Ball FighterZ one of my favorites in the genre. Tekken will have to make room. As you can guess, battles are of the 3v3 variety between over twenty fighters. New and classic characters make up the beginning roster and if certain leaks are true we’ll be seeing the likes of Bardock, Broly, and more soon. Each character has a distinctive move list and all suit their owner perfectly. Once again I really don’t think I’ve played something as true and devoted to the source material like this before.

Stringing up combos is mostly the name of the game here. Surprisingly, the title really is easy to pick up for newcomers of the genre. You have your basic light, medium, and heavy combos that only require the push of one button. However, from what I’ve seen people who can master a variation of buttons can extend combos even longer and do more damage. Let me tell you though the advanced ones are incredibly hard to perform. Don’t even get me started on the aerial feats I’ve seen. Guarding is a pretty simple two button hold while the one button guard breaker…well breaks guards. This wouldn’t be a Dragon Ball game unless there were fast movements and destructive energy attacks right? Well Dragon Ball FighterZ has you covered on all fronts. You’ll come across Kamahamahas to Final Flashes from basic combos to special moves (meteor attacks). Those more explosive attacks require Ki to use and as you do damage and take damage, you’ll gather some. The gauges at the bottom of the screens will clearly let you know how much you have and when to pull the trigger on a big move.
Most importantly out of all this gameplay talk, this title feels like a living, breathing adventure in the world of Dragon Ball. Fights are intense, destructive finishes can be seen from the surrounding areas, voice acting is superb, and the amount of ways to group up with other fans are extremely convenient. At anytime you can hob into an arena match that connects you to those who are searching in the middle of each lobby. Then there’s the ring matches that anyone can create at anytime in a lobby. This will allow up to eight players to duke it out in that very spot and you can even have one person control one fighter. It’s a simple feature and it really amps up the enjoyment factor here. Of course, you can’t forget the ranked and casual match playlist. Anyone familiar with a ranked que will know this is where records are kept and prestige is earned.
My last paragraph(s) are usually where I list all the cons to a game and thankfully there aren’t much in the grand scheme of things. The only problem, and it’s a big one, is the constant disconnect problems I mentioned up at the top. I cannot begin to describe my annoyance at how many times I’ve received an error and lost connection to a lobby. Not just while roaming around either, but smack dab in the middle of an online match or while in the menus. I understand this is a typical launch scenario and I can forgive it. I just can’t describe to you the amount of errors I had to read already.

Dragon Ball FighterZ crawled its way out of my banishment shadows and became one of the greatest mythos experiences. In terms of video games it ranks up there with the Budokai and Xenoverse series. There’s a lot less RPG as Arc System Works brings this title successfully into the professional fighting game genre. I can’t tell you how awesome it is to master fighting moves with everyone’s favorite Dragon Ball cast. Now if only Bandai Namco could get their servers out of their arseholes so I can enjoy this game in blessful peace. Also, for those wondering I have somehow acquired amazing fighting talent against other people. From barely mediocre to currently having only lost two matches.

8.9/10
Review Disclaimer: This review was carried out using a retail copy of the game bought at the expense of the reviewer. For more information, please read our Review Policy.
Reviewed using base PS4. 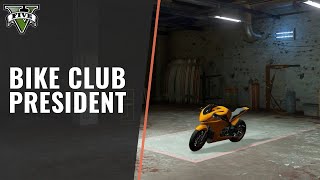