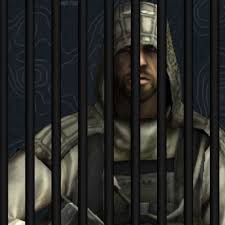 Still stuck on how to go about capturing and executing a commander? Is your commander captured and you want to free him? Well, this is you lucky day. This page contains the best Mobile Strike Commander Guide for both newbies and casual players.

Who is the Commander? How Important is He?

The commander is the heart of your headquarters. He is the hero. Can a car’s parts function well with a faulty or dead engine? This is exactly why you need not only a strong commander but a skilled one too. You need to gear up your hero and max him out with upgrades. In doing so, your economy will improve and the troops’ power will be unstoppable.

To begin with, the commander gains XP points after completing various missions and tasks in the game. For instance, he will earn EXP when a player carries out research or builds and upgrade. The skill points gained by commanders can be used to increase resource production, improve the economy and upgrade your troops’ combat abilities.

The commander allows you to manufacture or produce weapons/gears from the armory. With the right weapons, your gaming experience such as completing challenges will greatly improve.

It should also be noted that capturing and executing a commander is easier said than done. Here are some facts:

Until your HQ attains level 10, you don’t have to worry about getting your hero captured. Also, your commander will not gain any EXP when captured.

There are different types of commander’s boosts which can be activated at different points in the game. Therefore, you should know what each boost does and when to activate it.

As the hero, he/she comes with gear boosts and skills which reduce the timer for construction, research and troop training. Keep in mind, the faster you complete your tasks, the better the rewards.

These boosts will improve the defense, attack and health of your elite troops. They are only applicable if the commander is present with the troops. For instance, if he/she is marching, the power boost will have an effect on only that march.

You should also know that during War and Rally, the commander of the Rally’s starter is the only one which will count towards the boost. You cannot put your hero in Rally.

As long as your commander is not captured, you will receive resource production boosts from gears and skills in your base.

This boosts is only applicable to the tile occupied by your commander. Players should take advantage of this boosts when their Headquarter level is between 1 and 9 as the commander can neither be captured nor killed.

In addition, for a commander to be captured, the commander must be present at the time of attack and enemy’s defense force must be close to being or completely wiped out. Therefore, make sure that the hero is at the enemy’s base before making any move.

Escape of a Captured Commander

Executing and Killing a Captured Commander

You can only kill a captured commander if you have a Death Row and his HQ level is at least 15. Players must also wait for the execution timer to gain a green light to kill the commander. After execution, you will receive various stats boosts depending on your Death Row level.

Prison holding time may outweigh execution time hence you can hold a commander without killing him. The vice-versa can also be applicable.

What to do when your Commander is Captured

If a commander is captured, there are only three things that can free him/her:

The most effective method to free your commander is by asking for alliances. You might consider placing a bounty on the enemy or making a plea to the enemy player via a message hoping your hero will be released.

What to do if your Commander is Executed

When the worst happens, you will have two options. First, you can restore your commander with a Medical Kit from Store for 6K Gold or Alliance Store for 500k funds. Any resurrected commander will come back to life, all experience points restored. However, this must be done before the 7-day resurrection timer expires.

How to Make Elevated Roads in Cities: Skylines

How to Go to The Hive in Hollow Knight