It has taken me over a year to get this review out. A whole frigging year. Why so long? Simple: I’m a total bloody wimp.
Over the last 12 months or so I’ve been strapping myself into my PSVR headset with every intention of finishing Supermassive’s spooky on-the-rails shooter. Each and every time I’ve ended up watching Toy Story 2 with the lights on. Yes. It really is that awfully creepy.
Rush of Blood gets the goosebumps going before you’ve even fired a single shot. The opening act has you moving forwards in your rickety cart as creepy goings on happen around you. Dead girl running around? Check. Screeches? Check. New undies? Definitely!

By the time you’ve made it into the actual game, don’t be surprised to find yourself in a panicked state, and it doesn’t help that you’ll be making your way through the game on a rickety old rollercoaster. Hey, for me that’s double evil. I’m scared of heights and we all know I’ve not got the best stomach for VR… Take hordes of murderous killers, dead pigs that squawk to life as you ride past them, and zombie-like girls that aren’t really date material, and you’ve got yourself a very valid reason to not make it past the first level.
Throughout Rush of Blood’s murderous house of horrors you’ll be blasting evil in the face with pistols, shotguns, and other powerup weapons that can be acquired through general play. The gunplay itself isn’t bad at all and I found the PS Move controllers to be the best way of playing. You can use the DualShock 4 controller if you haven’t got any PS Move wands, but you’ll be restricted in your aiming; Moves allow you to aim in two directions at one, the DualShock 4 doesn’t. If possible, I highly recommend using the PS Move wands, if only because it’ll make the game easier as you’ll be able to pick of multiple enemies when they’re coming from all directions.

The only real complaint I have about the gunplay is that you’ve got visible in-game arms. This was a massive distraction at first as I would see them in-game and then think of my own muscular, sexy, blemish free [Ed: We get it… Stop.] arms and then I’d realise that they don’t match up with what’s going on in-game. There’s a reason most VR games tend to go with the ol’ floaty hands… It’s because it bloody works.
Moment-to-moment gameplay is varied enough but the game could have been a little longer. Had I known that you can finish the game so quickly, I would have just cowboy-ed up and gotten on with it rather than wait a year to grow some produce for my empty sack. Rush of Blood will take you roughly two hours to beat from start to finish. Three hours at an absolute push, and that’s assuming you’re playing with a DualShock 4 and are dying often because of it. Though, with that being said, you shouldn’t really be dying all that much. As creepy as Rush of Blood is, it’s not a particularly challenging game, or at least on the standard difficulty setting. So long as you’re keeping your guns locked and loaded and your aim isn’t total shite, you should be alright. The only real challenge I ever had with Rush of Blood was when the game wanted me to duck and dodge my way around oncoming obstacles. Sometimes it was a little too fast for my old man brain and I’d end up dead.

Graphically speaking we’re looking at an impressive demonstration for the PSVR. Enemies are detailed enough to have you weeping as they approach, and those bloody hanging pigs will give me nightmares for months. Yes it’s been outdone since it release – it was a first-wave launch title, after all – but it’s not a bad-looking game by any stretch.
At the end of the day you’re getting a decent on-the-rails shooter, though how you feel about horror will dictate how decent it really is. It’s like one of the good old-fashioned ghost trains I used to ride at the fair. But instead of paying carny folk for the chance to break my neck on a health-and-safety nightmare, I’m free to duck out of Rush of Blood when things get too much. And that was often. It’s been a year for Christ’s sake! No, I won’t be playing it again. I’ve had my “fun”.

Until Dawn: Rush of Blood is a serviceable shooter. It's not breaking any boundaries and it's not going to be remembered years from now as the pinnacle of VR gaming, but it's done enough to earn high praise from the guy who was too scared to play it for a year. Fair play, I say.

8.0/10
Review Disclaimer: This review was carried out using a digital copy of the game bought at the expense of the reviewer. For more information, please read our Review Policy.
Reviewed using PS4 Slim. 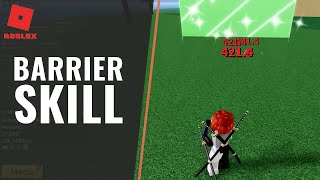