Paper Beast is a unique experience, a surreal journey through a beautiful, bizarre and often deeply unsettling dreamscape. This latest experiment from avant-garde game designer Éric Chahi, best known for 1991’s Another World, excels in crafting an immersive, visually fascinating world yet its puzzle design, while frequently inventive, makes for unengaging gameplay that feels much more like an arduous errand than creative expression.
As I donned my PSVR headset for the first time in some months, I paused a moment, unsure whether I had loaded up the correct game. A harsh blue computer matrix bombarded me with pop-ups before fading to black. What followed was a cacophony of psychedelic sights and sounds as Japanese punk band TsuShiMaMiRe’s Speedy Wonder blared behind a dazzling display of abstract shapes and lights. Suitably bewildered, I found myself next in a vast desert, a spindly twelve-legged insectoid towering above me as peach-coloured clouds resembling numbers and letters soared overhead.

This same sensation of confused awe remained with me over the next four hours as I felt my way through Paper Beast’s world. Deep underground the game took a dramatically more unnerving turn, introducing me to some nightmarish worm creatures and in turn Paper Beast’s core puzzle mechanic, terrain deformation. Clearly unsatiated by his experiments with similar mechanics in 2011 god-sim From Dust, Chahi further explores elemental manipulation in Paper Beast as you take control of sand, water, fire and ice to navigate the game’s environmental puzzles.
Conceptually, these puzzles are often inspired. Whether using the aforementioned worm to create a path by displacing sand and water or reshaping an entire landscape to guide the path of a river, Paper Beast consistently presents you with unique gameplay. Unfortunately, despite intuitive controls, whether using the DualShock 4 or the Move controllers, the act of performing these puzzles is rarely as engaging as the idea behind them. While unpredictable AI and a similarly untamed physics system lend a feeling of organic authenticity to this world, in practice they all too often push back against your efforts, boiling many scenarios down to repetitive escort missions that put you at the behest of these systems, testing your patience more than they do your skill.

One scenario had me plastering a hillside with sand, doing my best to coax a herd of horse-like Papyvorus to its summit. When I finally completed this task, after what seemed like half an hour, I felt relief but no sense of reward. Situations like this arose repeatedly. The initial allure of an area would soon dissipate as the reality of having to wrestle with its systems set in. Paper Beast’s gameplay is never so uncooperative or obstructive as to ruin the experience, although it does at times come close, but equally interacting with the world never feels meaningful, or more importantly all that enjoyable.
Thankfully, Paper Beast redeems itself by excelling as an audio/visual experience. Chahi’s eccentric imagination, brought to life with distinctive art design, immersive sound design and a hypnotic score by Roly Porter, ensures this distorted daydream consistently surprises and astounds. This world often charms and enchants as serene synths hum between sun-soaked dunes and baby blue skies. Yet behind all its vibrant colours and vast vistas lies a dark, disturbing heart. Portals torn through the fabric of space, thick black goo pollutes the earth; a sinister hue soaks this world. Apocalyptic scenes punctuate your journey lending a sense of melancholy as you traverse a world that seems to be on the cusp of annihilation.

This contrast is what keeps Paper Beast compelling. It’s at once endearing and unsettling, both beautiful and bleak. Strange Bloodbornian beasts scuttle and squirm yet intend you no harm, instead lending you aid. Meanwhile, skulking Predatores, despite their brightly coloured appearance, are to be feared, preying on Papyvorus and picking them off one by one in the dead of night. In juxtaposing the majestic with the malevolent, Paper Beast captures the duality of the natural world while contrasting the man-made with the organic, thus reflecting on our influence within it. Paper Beast succeeds in posing thought-provoking ideas while effectively utilising surrealism and abstraction keep its concepts ambiguous and open to interpretation.
Beyond its well-paced story, Paper Beast offers a sandbox mode, providing you free reign with its terrain deformation tools. Sadly, even once I had collected all of the ‘entities’, assets like creatures, plants and weather effects that manifest as collectables in the story mode, I found little incentive to continue experimenting in the sandbox once its initial novelty had worn off. Still, for all its tedious puzzling and unfulfilled potential, Paper Beast presents a wholly unique and utterly bizarre experience that is well worth losing yourself in.

Paper Beast is perhaps one of the oddest experiences you'll have in or out of VR. While it fails to fulfil the potential of its conceptually creative but ultimately poorly executed gameplay, Paper Beast's distinct art design, excellent audio and uniquely bizarre world coalesce to create a truly unique journey that's well worth experiencing.

Review Disclaimer: This review was carried out using a copy of the game provided by the publisher. For more information, please read our Review Policy. 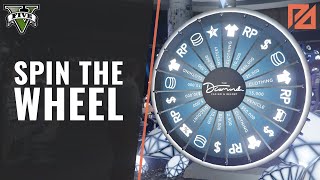 Pokémon Sword/Shield: How to Gigantamax

How to Get Pride Cards in Valorant

Genshin Impact Guide: Locations of All Tanuki in Inazuma