The world of work isn’t always fun and games, and so I can relate to the titular character in Salary Man Escape. His mission is to escape work. This is a mission I can get on board with.
The general premise of Salary Man Escape is that you, the player, need to guide Salary Man from one end of a level to the door at the end. The freedom door. Once you’re past this door, The Man can’t tell you to do jack squat. How you get to that door, however, isn’t exactly easy.

Salary Man Escape relies on physics-based puzzles. Along each level you’ll have to move and slide blocks in order to let Salary Man progress. Things start off very simple as the game guides you through the mechanics, but once you’ve made it through the hand-holding early levels, things soon start to take a difficult turn. That’s not terrible, mind you, as I love a good brain teaser. The problem is with the actual physics of the game. By that I mean it’s a little too sensitive and dependant on the game’s physics.
For instance, you sometimes need to have a particular block fall in a certain way in order to move forward. If you don’t do it just right, you’ll end up with a block that’s doing more harm than good, causing you to have to start the level again. When it works, though, it’s good enough. The levels are challenging and I was genuinely baffled by some of the later levels. You’d think my Jenga skills would translate to Salary Man Escape, but with wonky controls, it’s more akin to playing Jenga after a bit of wacky baccy.

Salary Man Escape employs two control methods. You can either go with the traditional DualShock 4 controller, or you can opt to use one of the PS Move wand controllers. Neither is perfect though I did have a preference towards the PS Move wand controller, if only because it was a touch more refined. It still suffers from some dodgy tracking that can ruin a perfect run, but it’s far more serviceable than the DualShock 4.
Salary Man Escape’s real strength is in just how much gameplay there is being offered. There’s around 80 levels, each one more challenging than the last. You’ll have to get your gray matter warmed up and ready for a bit of exercise if you’re to make it through even half of the levels on offer. Speaking of gray matter…
Salary Man Escape is not a pretty game. It’s serviceable and the graphics are just fine. But it’s so very drab and gray. Levels are literally 50 shades of gray, though the torture comes via the wonky controller tracking, not being tied and spanked. Objects that you can move and manipulate are highlighted in red to make the challenges more readable, but the rest of the game is as dull as any office not called Dunder Mifflin. Maybe that was the intention. Maybe it was a cheeky bit of social commentary on the state of office workers and their surroundings, as well as their equally poor work-life balance. Or maybe not. I don’t know. All I know is that I like a bit of colour in my games and it would have helped a great deal here.

In contrast, the game’s soundtrack is really, really good. It’s funky and completely against the monotone visuals, so that’s quite a nice plus in the game’s favour – and coming from me, a one-band fan (The Killers for life), that’s saying something.
There’s enough meat on the bones to make Salary Man Escape worthwhile, providing you can get out of your real life office long enough to enjoy it. And there’s plenty to enjoy with around 50 or so levels to beat, and if you’re in the mood for something a little chilled but still mentally engaging, I’d be happy recommending Salary Man Escape.

It's no Job Simulator, that's for sure, but Salary Man Escape has enough going for it to get your gray mass running, and even a few challenges that'll force you to up it a few gears. It's not a pretty game and the controller tracking could have been better but it's still a dozen hours of good times with a splash of frustration.

7.0/10
Review Disclaimer: This review was carried out using a copy of the game provided by the publisher. For more information, please read our Review Policy.
Reviewed using PS4 Pro. 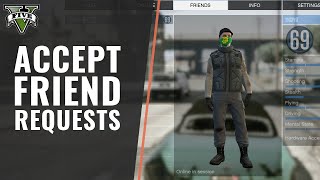