I own both PSVR boxing games Creed and Knockout League, and I played the hell out of both of them. Still, play them actually, so I was excited when I got the opportunity for an early look at BOXVR. But this one is different. It actually has more in common with Beat Saber than it does with those previously mentioned boxing games. That’s right, BOXVR is a fitness game from developer FitXR. In fact, you don’t ever face an opponent. Instead, you stand in place as pink and blue orbs fly towards you in rhythm to the music. So what is BOXVR? Is it a boxing game? Is it a rhythm/music game? Is it any fun? Keep reading and I’ll try to answer those hard-hitting questions.
Like any good rhythm game, the premise is simple: punch the blue orbs with your hand wearing the blue glove, and the pink orbs with the pink glove. Single orbs require you throw a straight jab, but they quickly ratchet up the difficulty by asking you to throw hooks, crosses, uppercuts, and blocks. They use obvious visual cues to let you know when to throw the different punches. If all of that sounds too easy, they also throw giant blocks that require you to squat or lean left and right to avoid. When you put it all together, it is one hell of a workout.

After you put in your gender, weight, and age, you can then select which mode to play. There is a short tutorial, and I recommend you start there. After that, you can choose one of 45 different exercise programs created by real personal trainers. These programs range in difficulty and length. You can warm up with one of several 2-minute workouts or jump into the deep end and try one that lasts 60 minutes, or any number in between. If you choose one of the longer workouts, you’ll get a few seconds of rest in between songs. They will also have you change your footing to incorporate a southpaw stance during these breaks.
If you don’t want to try one of these designed classes, you can make your own program. In this mode, you can choose one of over a hundred different songs, three different difficulty settings, and three unique gyms to work out in. There is also a multiplayer mode, but it’s not operational yet, so I’m not sure how that will work.

BOXVR really does have a massive Beat Saber vibe, with a few major differences. You can’t fail these exercise programs as you do on most traditional rhythm games. It’s an exercise game after all, but they do show you what percentage of each punch style, squat and dodge you completed successfully. This plus an estimate of calories burned is what gives you that score chasing and sense of accomplishment that makes these types of games so addictive.
The biggest difference BOXVR has with games like Beat Saber, however, is this: Box VR, even at the highest difficulty, doesn’t throw as much stuff at you. The idea here isn’t to get you punching at crazy angles like a super ninja but to simply get your heart pumping and give you a good workout. And it does that in spades. Through several hours of play, I never felt like things were coming at me so fast I couldn’t keep up, just fast enough to completely wear me out. The orbs don’t come as fast and furious as some games, but BOXVR requires more precise timing. They won’t reward you for flailing at the orbs. Especially when throwing hooks, crosses, and uppercuts. Throw a little too early or late, and it will count as a miss and broken combo. But again, you’ll never fail here. If you do fall out of sync, just catch your breath, and then get back to it.

The tracking using the Move controllers worked flawlessly for me and tracked my punches perfectly. The visuals are not groundbreaking, but they look good enough that I didn’t spend more than a few moments thinking about them. My only real complaint with the game is that the punching doesn’t always seem to mesh with the music. It’s never off time, and it doesn’t throw you off, but most of the time, the music is little more than just music to workout to. It sticks out when you get to a section where you are punching directly to the music. When this happens, like in my current favorite track “Just Exist” on the hard difficulty setting, when a punch lands perfectly, it thumps like a good bass drum and slaps like a nice tight snare drum, and it feels great. When it works perfectly, you’re boxing, you’re working out, and you’re playing a musical instrument. It’s a weirdly awesome mix. When you miss a punch in one of those exceptionally tightly choreographed sections, you really miss the kick of the bass and snare. That’s not the only track that works well, but it is my favorite. And honestly, I probably still have about fifty songs that I haven’t even tried yet. At last count, there are about 110 songs.  I suspect when you have over a hundred different songs in the game, you can’t choreograph each one to perfection on an indie’s budget. Plus, the main goal here is different. It’s all about the workout.
Just as with Beat Saber, the music here isn’t my personal favorite, but it works pretty well for what they are trying to do. And what they are trying to do is to give you a good workout while having fun. I can say that the team behind BOXVR succeeded on both of those measures.

BOXVR is a boxing game, a rhythm game, and a fitness game all rolled into one. Unlike most games that mash up more than two genres, BOXVR manages to do all three really well. It may not be the best boxing game, on the PSVR and it isn't the best rhythm/music game, but it's a damn good workout and, even better, its a lot of fun to play. If you're interested in any of the three genres BOXVR dabbles in, I suggest you pick this one up as soon as you can.

9.2/10
Review Disclaimer: This review was carried out using a copy of the game provided by the publisher. For more information, please read our Review Policy.
Reviewed using base PS4. 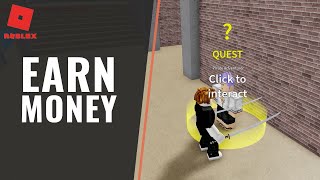